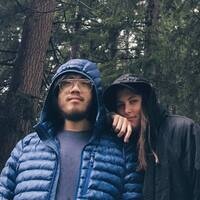 CDU Presents: SALES at The Wilbury

We are excited to announce the new partnership between Club Downunder and The Wilbury!

The Wilbury is a venue near FSU’s campus in the Gaines Street area. We have been working with the venue to ensure the continuity of the Union Productions/Club Downunder concerts you’ve come to know and love during the construction of the new union. As always, FSU students will be admitted for free to any event we host at The Wilbury.

We are thrilled to collaborate with such a wonderful local space, and we are pleased to announce one of the many concerts we will be presenting at The Wilbury: SALES on October 3rd!

In case you missed our announcement regarding the Union re-build and the future of Club Downunder, check it out here!
https://goo.gl/tUcmVD

//SALES//
Longtime friends and collaborators, Lauren Morgan and Jordan Shih, have been known as SALES since 2013 when they released their first single, “renee”.

After self-releasing a string of singles online (“chinese new year”, “getting it on”, “vow”), the duo self-released their eponymous debut EP in September 2014 and were named “Ones to Watch” by Hype Machine + BBC 6. The EP also featured a remix track with electronic producer, XXYYXX.

Their highly anticipated second LP will be self-released in July 2018 and it features the singles “talk a lot” and “off and on”.

SALES have headlined tours in the US, Canada, and Europe. The independent duo continues to self-release their work, which is recorded, mixed, and mastered in their Orlando, FL bedroom studio.