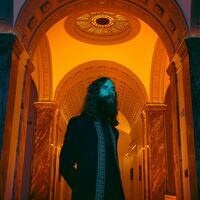 CDU Presents: Saintseneca at The Wilbury

//SAINTSENECA//
Indie folk unit Saintseneca were founded by songwriter and lead vocalist Zac Little. They are a mercurial group that melds folk and postmodern pop to international traditions. Little, originally hailing from a farm in Appalachian Ohio, began Saintseneca in 2008 and issued their self-titled EP in 2009. A second EP, Gray Flag, was released in 2010 and Saintseneca began to tour nationally. Their debut album, Last, was released in August 2011 on Portland-based Mama Bird Records. They continued to tour and the line-up coalesced around Little, Steve Ciolek, Maryn Jones, Jon Meador, and drummer Matt O’Conke. Within two years the demos that would become their next album Dark Arc caught the attention of ANTI- Records who signed the band in 2013. Upon signing with ANTI- the band entered the studio with Mike Mogis to record and produce Dark Arc, which was released in April 2014. That album garnered the band critical acclaim from the likes of NPR, Stereogum, Rolling Stone, and college radio stations across the country. A period of extensive touring following. Wanting to capitalize on their continued creative good fortune the band entered the studio with Mike Mogis again in the spring of 2015 to begin work on their follow-up to Dark Arc. That album, Such Things, was released on ANTI- in October 2015. The tour-only single “Book Of The Dead On Sale” was released in May 2017. Their latest single “Moon Barks At The Dog” was released in November 2017.