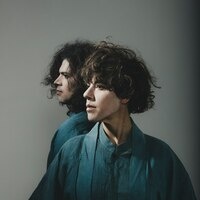 CDU Presents: Tune-Yards at The Moon

//TUNE-YARDS//
Club Downunder is pleased to announce that Tune-Yards will be performing on Monday, September 24th, 2018 at The Moon! Doors will open at 7:00pm, with admission free for FSU students with a valid FSU ID. GP is $20 in advance and $25 at the door. 18+

“What should I do?” That’s the question Merrill Garbus asks herself halfway through “ABC 123,” the stunning centerpiece of the new Tune-Yards album, I can feel you creep into my private life.

In 2014, Tune-Yards released Nikki Nack, which NPR called “dazzingly imaginative,” while the NME hailed it as “easily Tune-Yards’ finest work,” and New York Magazine dubbed it “possibly the catchiest record of the year.” The album earned Tune-Yards performances on The Tonight Show and Conan in the U.S. and Later… With Jools Holland in the U.K., along with sold-out international headline shows, support slots with Arcade Fire, The National, and Death Cab For Cutie among others, and festival performances everywhere from Pitchfork to End Of The Road. The album followed her similarly acclaimed 2009 debut, BiRd-BrAiNs, called “ingenious and often irresistible” by the New York Times, and their 2011 sophomore release, w h o k i l l, which landed on nearly every major outlet’s Best Of list and topped the Village Voice’s prestigious Pazz & Jop poll as critics’ favorite of the year.

The new album is an unflinching examination of modern identity, intricately rendered in the manically infectious way that only Tune-Yards can. Drawing on a recent foray into DJing and inspired in part by C.L.A.W. (Collaborative Legions of Artful Womxn), her radio show highlighting female-identifying producers, I can feel you creep into my private life finds the band flirting with the dancefloor more than ever before, as four on the floor kickdrum underpins wild polyrhythms and slinky bass grooves. The atypical arrangements seem to defy gravity, bursting like fireworks one moment and retreating inwards the next as the band blends pop, hip-hop, soul, folk, rock, 80’s house, African, and Caribbean music.