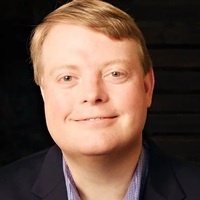 Citizen: The Most Important Title in American Democracy with Chris Hand

The Institute of Politics at FSU invites you to "Citizen: The Most Important Title in American Democracy" with Government Law Attorney Chris Hand.

Hand co-authored "America, the Owner’s Manual: You Can Fight City Hall and Win," with former Florida Governor and U.S. Senator Bob Graham. In his talk, he will share the stories and lessons from Americans who have utilized their citizenship skills to make government listen to their concerns and move in their direction.

Attorney and President of Hand Law, Chris Hand, has served at every level of government, including as a Press Secretary in the United States Senate, and as Chief of Staff at the consolidated City of Jacksonville – the largest city by area in the contiguous United States, 12th largest by population in the nation, and the most populous city in Florida.