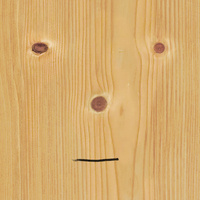 With sardonic wit and incisive social critiques, David Sedaris has become one of America’s preeminent humor writers. He is the master of satire and one of today’s most observant writers addressing the human condition.

Beloved for his personal essays and short stories, Sedaris is the author of Barrel Fever, Holidays on Ice, Naked, Me Talk Pretty One Day, Dress Your Family in Corduroy and Denim, When You Are Engulfed in Flames, Let’s Explore Diabetes with Owls, and Theft By Finding: Diaries (1977-2002). He is the author of Squirrel Seeks Chipmunk: A Modest Bestiary, a collection of fables with illustra­tions by Ian Falconer. Each of these books was an immediate bestseller. His pieces regularly appear in The New Yorkerand have twice been included in “The Best American Essays.”

Sedaris’s original audio pieces can often be heard on the public radio show This American Life. He has been nominated for three Grammy® Awards for Best Spoken Word and Best Comedy Album.

In May 2018, Sedaris released his latest book of essays entitled Calypso.

Buy Tickets
This event content is powered by the Localist Community Event Platform.