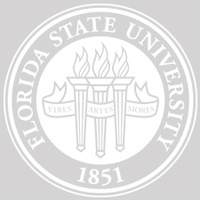 This event has been cancelled due to a University mandated campus-wide closure in anticipation of Hurricane Michael. This event may be rescheduled at a later date, if possible.

The College of Music is pleased to present the Housewright Guest Artist recital of pianist Richard Goode on Thursday, October 11, 2018 at 7:30 p.m. in Opperman Music Hall. Works for the evening include selections from Haydn, Mozart, Beethoven, Janáček, and Chopin.

Admission to this performance is free and open to the public.

Richard Goode has been hailed for music-making of tremendous emotional power, depth and expressiveness, and has been acknowledged worldwide as one of today’s leading interpreters of Classical and Romantic music. In regular performances with the major orchestras, recitals in the world’s music capitals, and through his extensive and acclaimed Nonesuch recordings, he has won a large and devoted following.

Gramophone magazine recently captured the essence of what makes Richard Goode such an original and compelling artist: '‘Every time we hear him, he impresses us as better than we remembered, surprising us, surpassing our expectations and communicating perceptions that stay in the mind.”

Richard Goode opened his 2017-2018 season at the Pablo Casals Museum in San Salvador, Spain and at the Verbier Festival in Switzerland. Among the orchestras with which he is appearing this season are the Cleveland Orchestra with Dohnanyi, the Los Angeles Philharmonic with Manze, the New York String Orchestra with Laredo at Carnegie Hall, and in Europe, with the London Philharmonic, Oslo Philharmonic, and BBC Philharmonic. One of today's most revered recitalists, he will be heard in the Lincoln Center Great Performers Series, in Philadelphia, Berkeley, La Jolla, Madison, and in London and other European capitals.

In the 2016-17 season, Richard Goode appeared as soloist with Louis Langrée and the Mostly Mozart Festival Orchestra in a program filmed as part of a documentary celebrating the 50th Anniversary of one of the country's most popular summer musical events. Another highlight of last season were concerts in Hungary and on tour in the U.S. with one of the world's most admired orchestras and his recording partner, the Budapest Festival Orchestra and Ivan Fischer. Their recording of the five Beethoven Piano Concertos has won worldwide acclaim; Goode performed Concertos No. 2 and No. 4 on the tour, which included performances in February 2017 at the New Jersey Performing Arts Center, Lincoln Center, and for the Chicago Symphony, the University Musical Society in Ann Arbor, and Celebrity Series of Boston.

Among other highlights of recent seasons have been the recitals in which, for the first time in his career, Mr. Goode performed the last three Beethoven Sonatas in one program, drawing capacity audiences and raves in such cities as New York, London, and Berlin. The New York Times, in reviewing his Carnegie Hall performance, hailed his interpretations as “majestic, profound readings... Mr. Goode’s playing throughout was organic and inspired, the noble, introspective themes unfolding with a simplicity that rendered them all the more moving.” He was also heard as soloist with Andris Nelsons in his first season as Music Director of the Boston Symphony Orchestra and at Carnegie Hall, where Goode was featured in two chamber music concerts with young artists from the Marlboro Music Festival, in a master class on Debussy and in a Main Hall recital. In anticipation of the 25th Anniversary in 2018-19 of the release of his historic recordings of the Complete Beethoven Sonatas, Nonesuch Records has re-released the acclaimed recordings.

An exclusive Nonesuch recording artist, Goode has made more than two dozen recordings over the years, ranging from solo and chamber works to lieder and concertos. His  recording of the five Beethoven concertos with the Budapest Festival Orchestra and Iván Fischer was released in 2009 to exceptional critical acclaim, described as “a landmark recording” by the Financial Times and nominated for a Grammy award. His 10-CD set of the complete Beethoven sonatas cycle, the first-ever by an American-born pianist, was nominated for a Grammy and has been ranked among the most distinguished recordings of this repertoire. Other recording highlights include a series of Bach Partitas, a duo recording with Dawn Upshaw, and Mozart piano concertos with the Orpheus Chamber Orchestra.

A native of New York, Richard Goode studied with Elvira Szigeti and Claude Frank, with Nadia Reisenberg at the Mannes College of Music, and with Rudolf Serkin at the Curtis Institute. His numerous prizes over the years include the Young Concert Artists Award, First Prize in the Clara Haskil Competition, the Avery Fisher Prize, and a Grammy award for his recording of the Brahms Sonatas with clarinetist Richard Stoltzman. His first public performances of the complete cycle of Beethoven sonatas at Kansas City’s Folly Theater and New York’s 92Y in 1987-88 brought him to international attention being hailed by the New York Times as “among the season’s most important and memorable events.” It was later performed with great success at London’s Queen Elizabeth Hall in 1994 and 1995.

Mr. Goode served, together with Mitsuko Uchida, as co-Artistic Director of the Marlboro Music School and Festival in Marlboro, Vermont from 1999 through 2013. Participating initially at the age of 14, at what the New Yorker magazine recently described as "the classical world's most coveted retreat," he has made a notable contribution to this unique community over the 28 summers he has spent there. He is married to the violinist Marcia Weinfeld, and, when the Goodes are not on tour, they and their collection of some 5,000 volumes live in New York City.