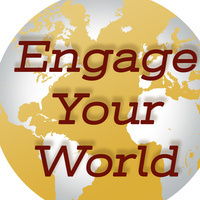 Security from Below: Grassroots Democracy and Change in West Africa

A Symposium Co-sponsored by:

This symposium brings together scholars working on security and development issues across West Africa in agriculture, governance, health, migration, policing,, religion and their interconnections.

At a time when authoritarianism is on the rise in the US, Latin America, Europe, and Asia, this event explores how people power is assuring the continued survival of democracy in West Africa under an array of challenging circumstances. An activist from Mali living in the US, a scholar from Sweden, and two US-based researchers address these themes in dialogue with world events. A public discussion will follow to allow audience participation.

An interdisciplinary panel examines the extent to which state regimes dominate the management of the public sphere and the lengths to which non-state actors must often go to enhance civic participation in national life.

The analysis sets aside Western assumptions about the nature of secular, state power, acknowledging the many ways in which state actors exceed, neglect, or violate their constitutional prerogatives, offering non-state actors a pretext to assume state-like roles.

Panelists:
Thomas Bassett, Professor Emeritus of Geography, the University of Illinois at Urbana-Champaign

Rosa de Jorio, Associate Professor of Anthropology at the University of North Florida

Mamadou Oury Sow, doctoral student in sociology at the Université Laval in the city of Québec, Canada.