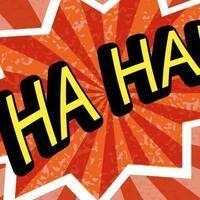 //LOCAL COMEDY SHOWCASE//
Club Downunder is pleased to announce the Second Local Comedy Showcase of the semester in Moore Auditorium! This event will showcase three of best comedy organizations here at Florida State: The uproariously wacky, FSU Improv comedy group, No Bears Allowed, the witty inner voice of the student body, The Eggplant FSU, and the absurdly creative sketch group, 30in60.

//No Bears Allowed//
No Bears Allowed is an FSU-based improv comedy troupe made up of a group of mature, functioning adults who like to play pretend.

//The Eggplant//
The Eggplant was founded in January 2014 by Aubrey Burrough and Houston Barber, on popular tween website Tumblr dot com. With the dedication and talent of its founders and a few more funny people, the publication became a real life website with Facebook fans and everything. Since then, The Eggplant has become one of the top college satire websites in the nation and a source of #good #content for Seminoles and - unsurprisingly - another thing for Gators to attempt to imitate.

//30in60//
30in60 is a sketch comedy troupe original to Florida State's campus. In a random order that the audience decides, the troupe presents 30 original sketches in 60 hysterical minutes while making it's audiences chuckle, giggle, laugh, hoot, holler, and repeatedly slap their hands together in delight. There are two contestants on this speedway of comedy: time and the 30in60 members themselves. The troupe races against the clock to bring the people 60 minutes of hilarity with wacky, topical, and just plain ol’ hilarious sketches. Losing is not an option. But if the clock happens to tick past the hour then the audience gets a prize! We gotta go fast, so be on your toes for when a member calls, "Scene! Pick a number!"